Bat populations have declined drastically in recent years, many of our bats are under threat and several are very rare. This decline is due to a range of factors including loss of roosting sites and foraging habitat and the fragmentation of commuting routes. 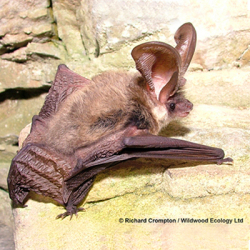 Each species of bat has its own preferred types of roost including buildings, churches, caves, mines, cellars, hollow or damaged trees and bridges. Bats feed on insects and will catch thousands every night while foraging in areas such as traditional pasture, gardens, woodland, marshes and ponds.

Bats breed slowly, producing only one offspring per year, or every other year with the females gathering in maternity colonies to give birth and rear their young. Consequently changes to their breeding site, brought about by development, can significantly impact a local population for a long time.

Bats are creatures of habit and return to the same roost sites year after year and for this reason the sites are legally protected, even when bats are absent. All bats and their roosts are fully protected by the Wildlife and Countryside Act 1981 (as amended) and the Conservation of Habitats and Species Regulations 2010.

It is an offence to:

If there is evidence of a confirmed roost on the site to be developed, or the development is listed on the following Trigger list then a Protected Species Survey for Bats will be required as part of your planning application. This should be included at the time of submission and cannot be conditioned.

The optimum survey period is between May and August however in limited circumstances scoping surveys can be undertaken outside this period. If you are in any doubt contact the Planning Ecologist for pre-application advice or contact a Licensed Bat Surveyor.

Bats as a feature of a Special Area of Conservation 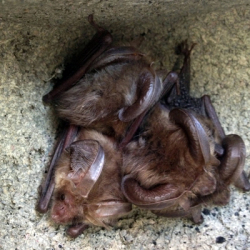 If a development site is close to or directly affects any of the SAC features additional information may be required in the assessment of the proposal on the species. For further information see Protected Sites or consult the Planning Ecologist.

If you are undertaking development or an activity that will affect a bat roost or any other European Protected Species then it is likely you will require a licence from Natural Resources Wales (NRW). If the development requires planning permission this must be granted prior to obtaining a licence. Once approved it is the applicant's responsibility to apply for a licence and further information can be found by searching "European Protected Species licence" on the Natural Resources Wales website

Any queries relating to protected species and sites should be directed to:
Planning Ecologist
01437 776376
ecology@pembrokeshire.gov.uk