'Wales and the Sea' sets Sail in Haverfordwest 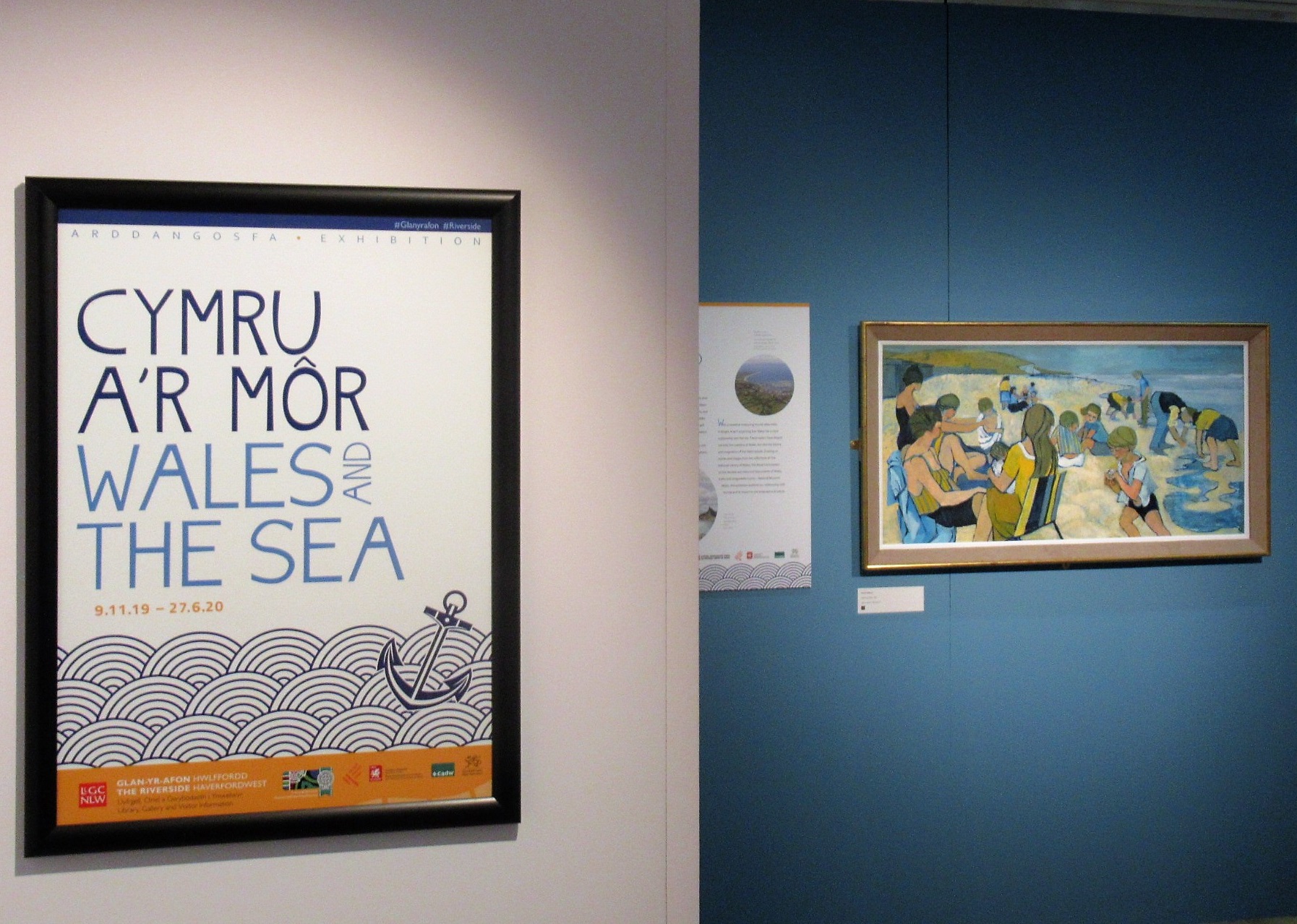 An exhibition exploring Wales’ close relationship with the sea has opened its doors at Glan-yr-afon/The Riverside.

Wales and the Sea is the third exhibition to feature at Haverfordwest’s flagship facility, on the town’s riverside, since it opened in December 2018 and follows the success of Treasures and Kyffin Williams: Land and Sea.

Inspired by stories and images from the collections of The National Library of Wales, the Royal Commission on the Ancient and Historical Monuments of Wales, Amgueddfa Cymru – National Museum Wales and CADW, the exhibition explores how the sea has impacted the landscape and culture of Wales.

Visitors to Wales and the Sea will discover how artists and poets have been inspired by the sea, with paintings by Kyffin Williams and Claudia Williams alongside famous sea-faring figures from Welsh maritime history such as Sarah Jane Rees (Cranogwen), who was nominated as one of the BBC’s ‘Hidden Heroines’.

Among the featured exhibits is a lifebelt that saved Viscount Rhondda during the sinking of the Lusitania in 1915, an original typescript of Dylan Thomas’ We Lying by Seasand and the autobiography of William Owen, the ‘noted smuggler’, who was hanged for murder in 1747.

The exhibition also features a series of nostalgic film clips taken of seaside locations in Pembrokeshire and beyond, courtesy of the National Screen and Sound Archive of Wales and the British Film Institute. 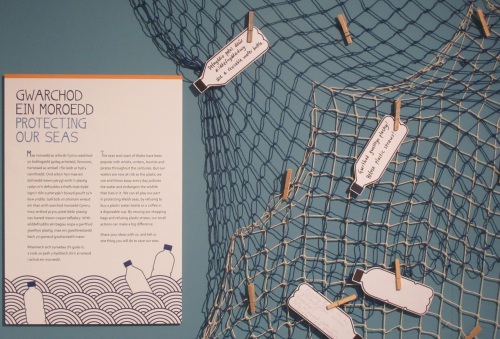 Pembrokeshire County Council’s Cabinet Member for Economy, Tourism, Leisure and Culture, Paul Miller, said “Pembrokeshire is so inextricably linked to the sea, so it is only fitting that Wales and the Sea comes to the county.”

“We’re confident that this exhibition, much like our own spectacular coastline, will prove a huge draw for visitors in the coming months.”

Mike Cavanagh, Head of Cultural, Leisure, Tourism and Registration Services, said that Wales and the Sea will add to an already diverse offer at Glan-yr-afon/The Riverside.

“The eclectic offer, which includes a library, gallery, visitor information and coffee shop, caters for the needs of our local library users, whilst being an attractive destination for visitors to Pembrokeshire.”

“We’re sure that Wales and the Sea, much like the previous exhibitions,will be a ‘must-see’ for both residents and non-residents alike, as we approach the first anniversary of the venue’s opening.” 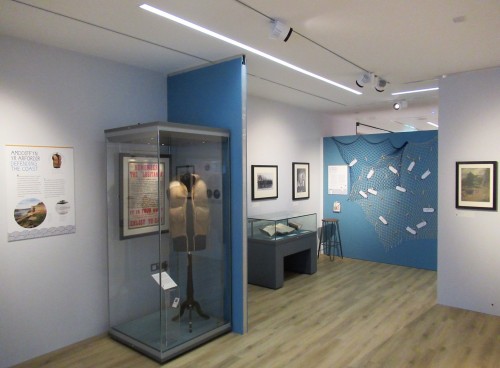 The gallery at Glan-yr-afon/The Riverside is the result of an exciting partnership between Pembrokeshire County Council and The National Library of Wales, which enables special exhibitions such as Wales and the Sea to come to Pembrokeshire.

“Through the Wales and the Sea exhibition, visitors from Pembrokeshire and beyond will be able to view a variety of priceless and attractive items that show the special relationship between the Welsh and the sea with regard to our landscape and culture.”

“Our collections belong to the nation, and an exhibition like this enables us to present a special selection of our collections so that the public can appreciate the wealth of our heritage and history.”

The National Library of Wales will also deliver a programme of exciting events and education activities to accompany this exhibition, including a talk from the Royal Commission on their new publication about Wales and the sea.

Showing alongside Wales and the Sea is The Story of Pembrokeshire, a permanent exhibition at Glan-yr-afon/The Riverside, focusing on the history, culture, arts and legends of Pembrokeshire.

Both exhibitions will run until Saturday 27th June 2020, as part of the ongoing partnership between Pembrokeshire County Council and The National Library of Wales at Glan-yr-afon/The Riverside.

Haverfordwest Town Council have given a five-year funding package to ensure the library is able to open throughout the year on Saturday afternoons, the previous library having been open on Saturday mornings only.

·         For more information, log on to www.pembrokeshire.gov.uk/the-riverside, visit the Pembrokeshire Libraries Facebook page at www.facebook.com/PembrokeshireLibraryService, or call Glan-yr-afon/The Riverside on 01437 775244.