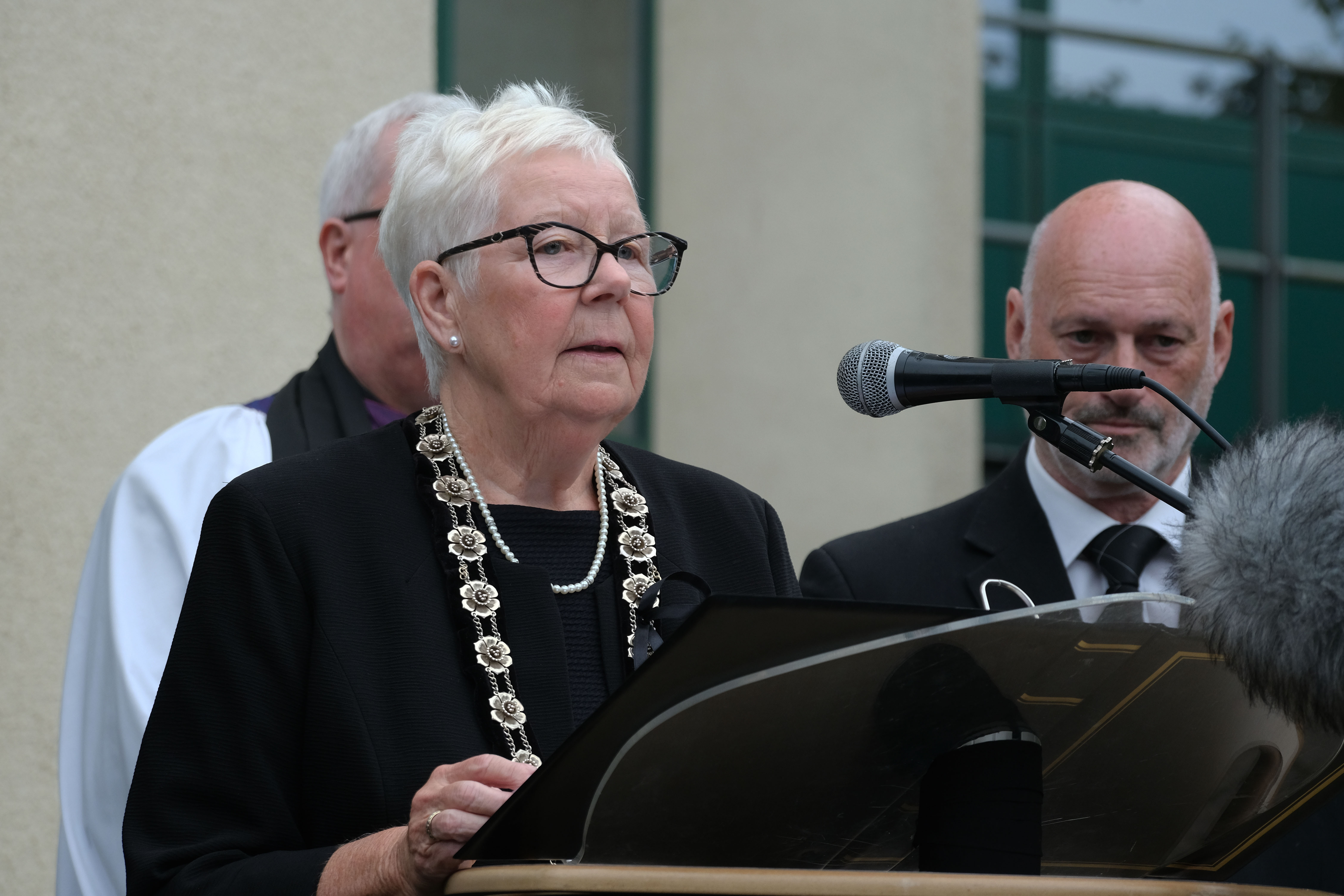 The Proclamation of the new Sovereign to the people of Pembrokeshire was held on Sunday at County Hall, Haverfordwest.

Members of the public joined invited guests as the Chairman of Pembrokeshire County Council, Cllr Pat Davies and the immediate past Chairman, Cllr Mike James, read the Proclamation in English and Welsh.

Deputy Lord Lieutenant of Dyfed Mrs Sharron Lusher was also among those in attendance.

Cllr Davies said: “It was an honour to read the Proclamation of His Majesty King Charles III. I believe everyone present felt the history of the occasion.

“To pronounce God Save The King underlined the change we have all experienced this past week and it was moving to sing the National Anthems and see the flags return to half-mast following the service.” 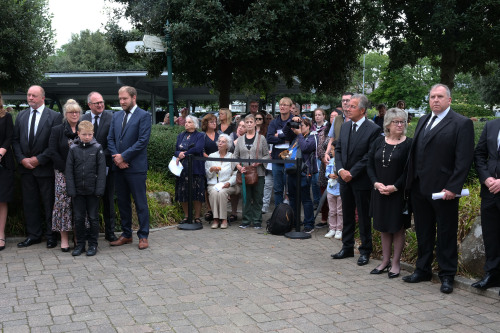 The service can be viewed at https://www.youtube.com/watch?v=-qlX-qLMp8o

Books of condolence for Her Majesty The Queen are open at County Hall in Haverfordwest and Fishguard Town Hall. They can be signed between Monday and Friday from 9am to 5pm.

There is also a book of condolence available to sign online at www.royal.uk

Flags will fly at half-mast at County Hall, and Haverfordwest Castle until after Her Majesty’s Funeral on Monday, September 19th.

Members of the public joined invited guests at the Proclamation at County Hall on Sunday.