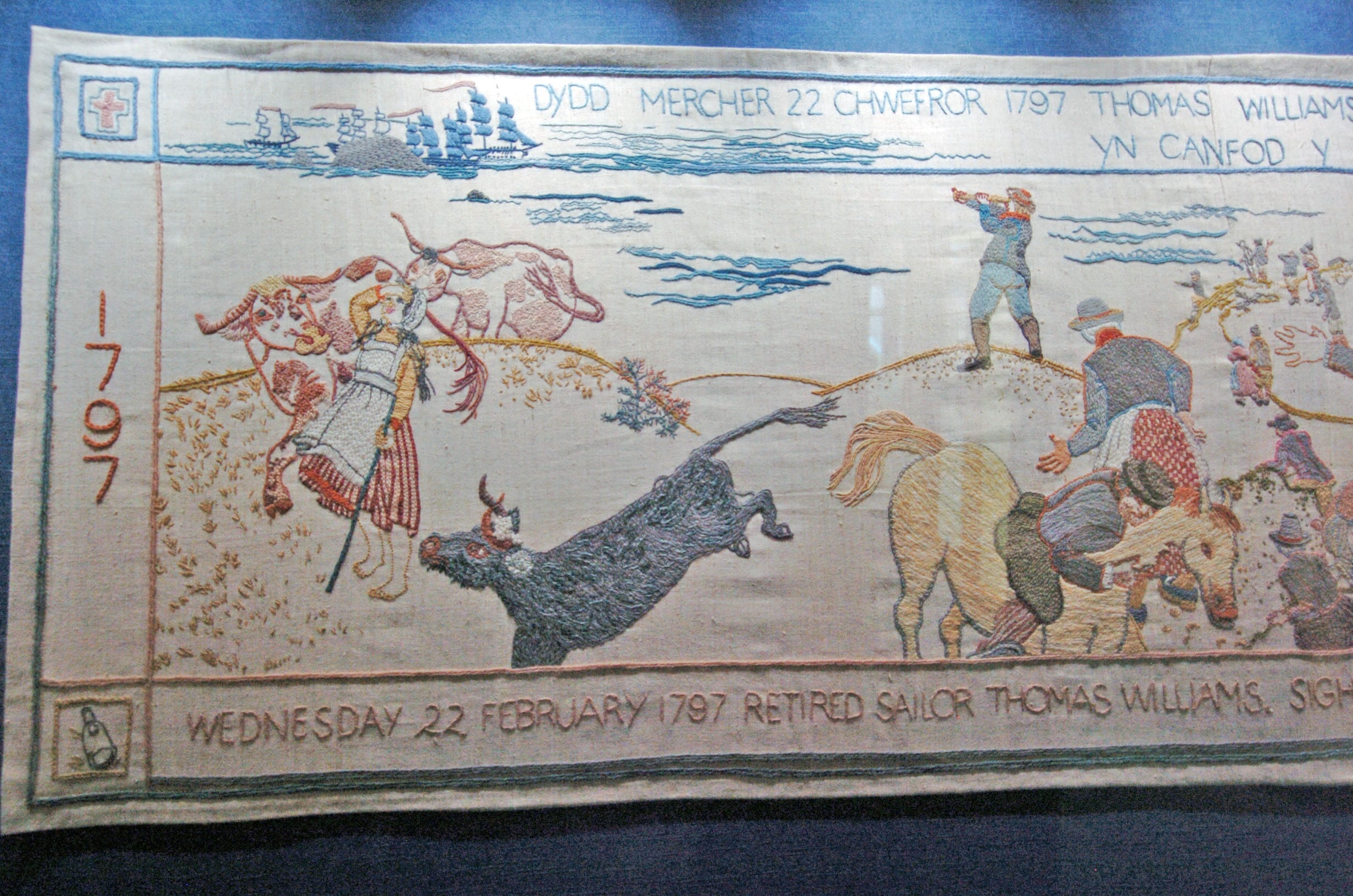 A new entrance fee of £3 for visitors to the Last Invasion Tapestry in Fishguard could be introduced from April in order to generate funds to improve the visitor experience, improve the marketing of the tapestry, and reduce running costs.

The move has been agreed in principle by the Fishguard Invasion Centre Trust and Pembrokeshire County Council, which administers the tapestry.

The fee will be introduced subject to approval from the Council’s Cabinet, which will discuss the proposal on 10th February.

Entry would remain free for Pembrokeshire library members, and for those aged 17 and under.

It would be a one-year-pilot, with a review at the end of the season.

The 100-foot long tapestry, situated in Fishguard Town Hall, depicts the story of the French invasion of Britain at Strumble Head in 1797 – the last time Britain was invaded by another nation.

Mike Cavanagh, Head of Cultural, Leisure, Tourism and Registration Services said: “While the County Council is proud to administer the Tapestry operationally for the Trust, the running costs for the attraction in the Town Hall are high and these costs would be reduced if a charge were to be implemented.

“The new charge would be aimed primarily at visitors to the county, with local people continuing to enjoy free access to the tapestry through membership of the library service.”

Julie Coggins, Chair of the Fishguard Invasion Centre Trust, added: “Some of the income generated will be used by the Trust to undertake increased marketing of the Tapestry, and to improve the experience, for example through an audio tour which is being planned.”

Fishguard and Goodwick Town Council already contributes financially to the staffing of Fishguard Library each Friday, which allows the first floor of the Town Hall to remain open, when it would otherwise be closed.

Both Mike and Julie said they were delighted that a five year agreement with the Town Council had recently been reached.

“This provides long-term security for staff, local people and visitors to the county, and we are grateful to Fishguard and Goodwick Town Council for their ongoing support of the facility,” said Mike.

Library staff are looking forward to an increase in the number of people wanting to become members.

Tracey Johnson, Site Co-ordinator at Fishguard Library, said: “We’d love to see an increase in membership and usage of the library and Tapestry and we look forward to telling more people about what is on offer.

“If you aren't already a library member, just bring a formal item with your address on it and we can enrol you straightaway for free. Once you have a library card, it can be used in any library in Pembrokeshire.”