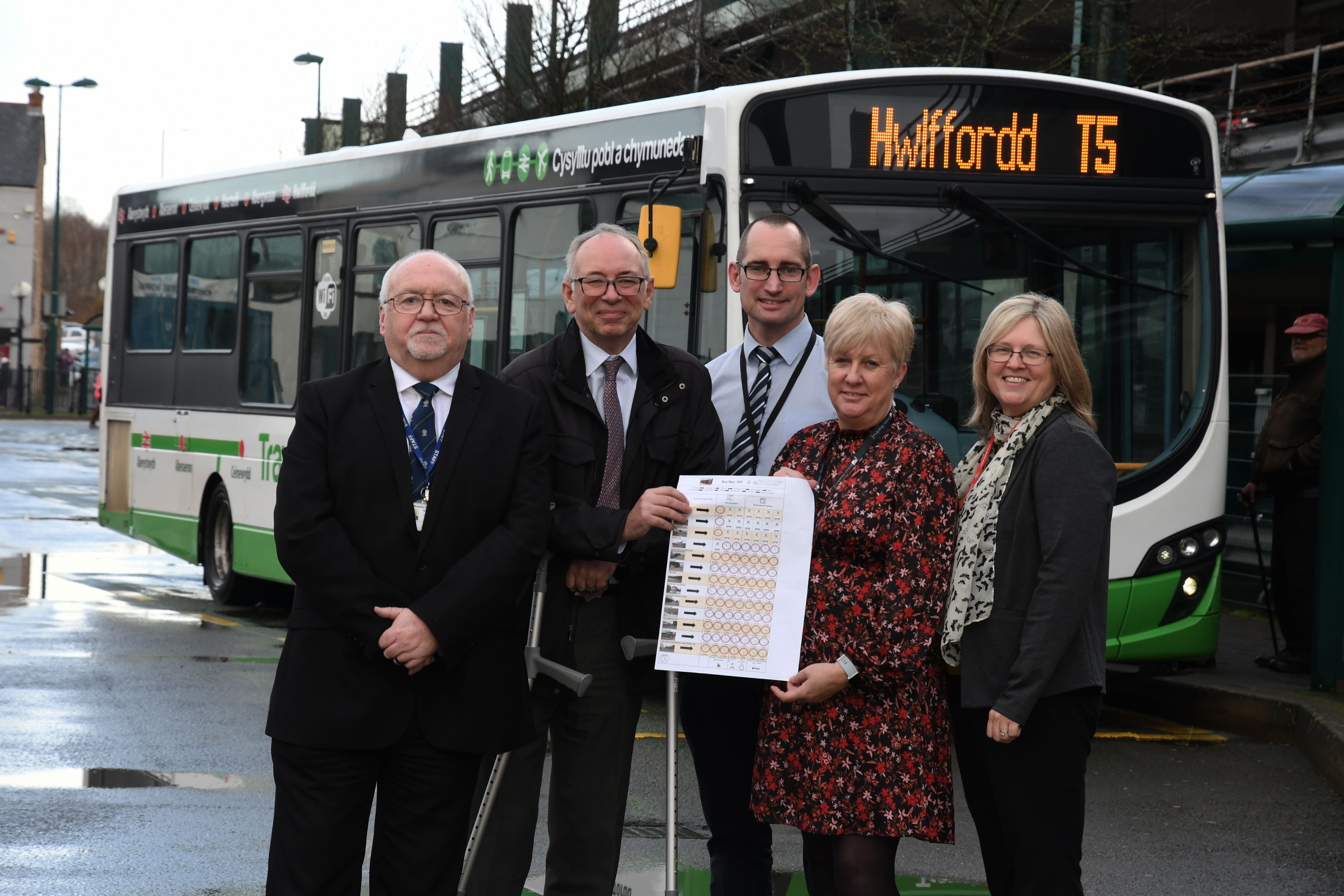 The first ‘easier-to-read’ bus timetable in the UK has been launched in Pembrokeshire.

The new timetable format uses clock faces instead of 24-hour times, along with photographs of bus stops and other images to explain when the buses operate.

Historically bus timetables have had a fairly standard format with a grid showing stop names on the left and times in a 24 hour clock.

While Pembrokeshire bus timetables are bilingual and printed in large print on request, they have not previously been available in an ‘easier-to-read’ format.

The new addition has been launched by Pembrokeshire County Council in partnership with the Hywel Dda University Health Board.

The provision of information regarding bus services is essential in ensuring customers are able to access services.

The County Council maintains timetable information at over 380 bus stops as well as making them available on their website.

The Equality Act (2010) puts responsibility on local authorities to ensure that all information provided to members of the public is made available in a suitable format for everyone.

Phil Baker, the Council’s Cabinet Member for Infrastructure, Licensing and Major Events, said it was an exciting innovation.

“No other authorities currently offer ‘easier-to-read’ bus timetables” he added.

Councillor Baker thanked staff who spent hours individually creating the clock faces and bus stop photos and those who had assisted by providing feedback and suggestions regarding the format and layout of the timetables.

He also paid tribute to Pembrokeshire People First – the charity run by, and for, adults with learning disabilities and/or autism – who have produced a video explaining the timetable and how to use it.

The video is available at:

There will now be a four month consolation period to obtain people’s views regarding the new format.

A part of one of the new timetables. 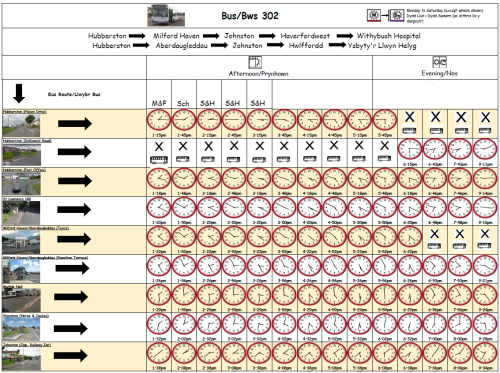