New campaign calls on dog owners 'to leave only pawprints' 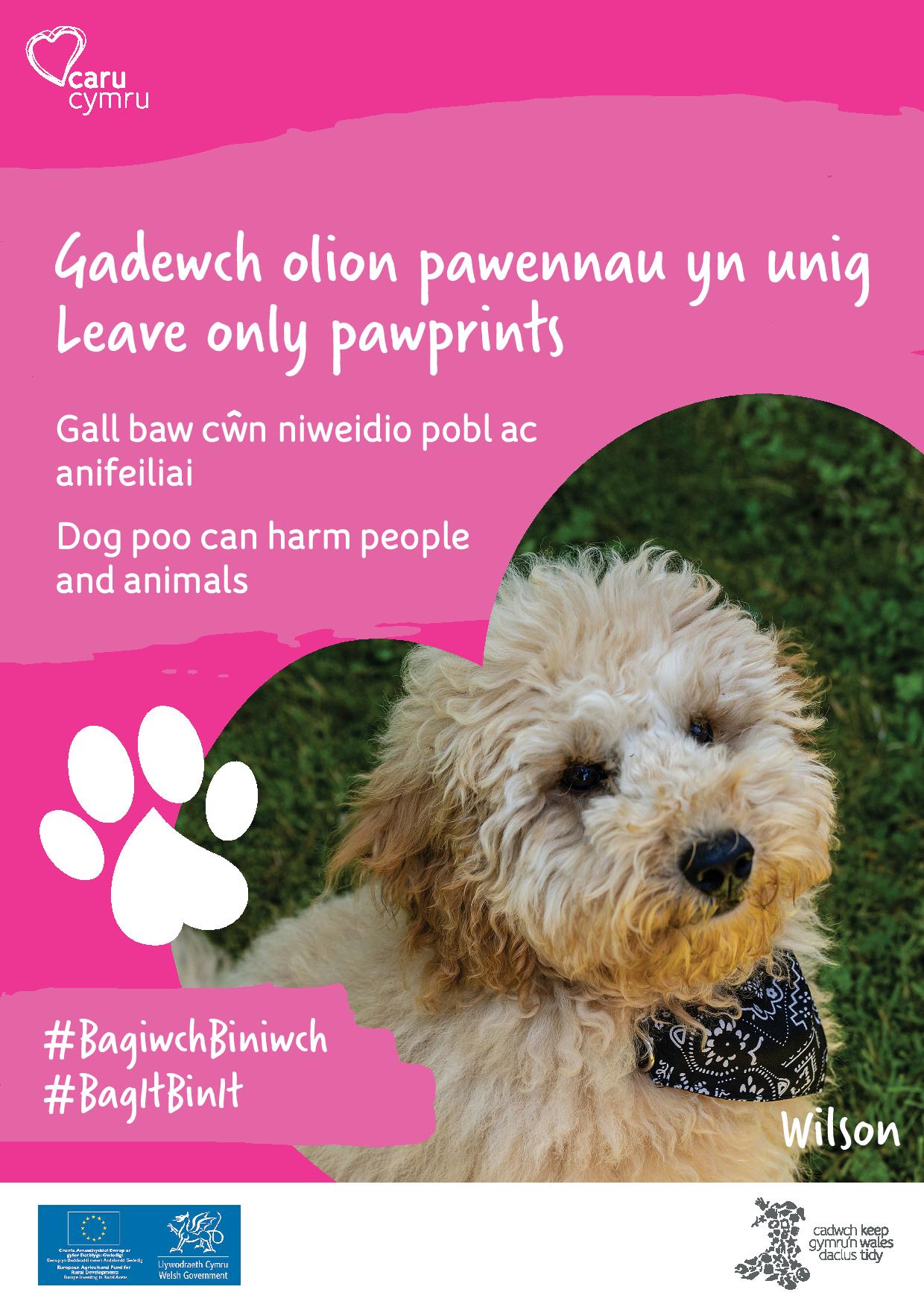 Pembrokeshire County Council is urging dog owners to do the right thing and pick up after their pets as part of a new national campaign from Keep Wales Tidy.

Although an estimated nine out of ten dog owners pick up after their pets, dog poo remains a persistent issue in communities across the country.

Keep Wales Tidy’s campaign aims to raise awareness of the health risks associated with dog poo; not just for humans but also for livestock and other pets.

Dog poo that’s left behind can carry harmful bacteria which can remain in soil long after it has decomposed.

The nationwide campaign is being run as part of Caru Cymru (a Welsh phrase meaning ‘Love Wales’) – an inclusive movement led by Keep Wales Tidy and local authorities to inspire people to take action and care for the environment.

Based on research by behaviour change experts, bright pink campaign images will be appearing across Pembrokeshire to ‘nudge’ people into making the right decision.

Cllr Cris Tomos, Pembrokeshire County Council Cabinet Member for the Environment, said: “Thank you to everyone who already picks up after your dog. We are always appreciative of responsible dog ownership.

“We are urging those who do not currently pick up after their pet to please think about the health risks and do their bit to keep Pembrokeshire clean and tidy and safe for everyone.”

Keep Wales Tidy Chief Executive Lesley Jones said: “We’re excited to be launching this important campaign with our local authority partners. As a nation of dog lovers, we should all be aware that dog poo isn’t just an unpleasant mess, it can be dangerous.

“We’re urging the small minority of irresponsible dog owners to do the right thing. By not picking up after your dog, you could be putting people, livestock, and our beloved pets at risk. Please bag it, bin it and leave only pawprints when you’re out and about.”

People in Pembrokeshire and across Wales are being encouraged to join the new campaign. Visit Keep Wales Tidy’s website to find out more and download free materials: www.keepwalestidy.cymru/caru-cymru