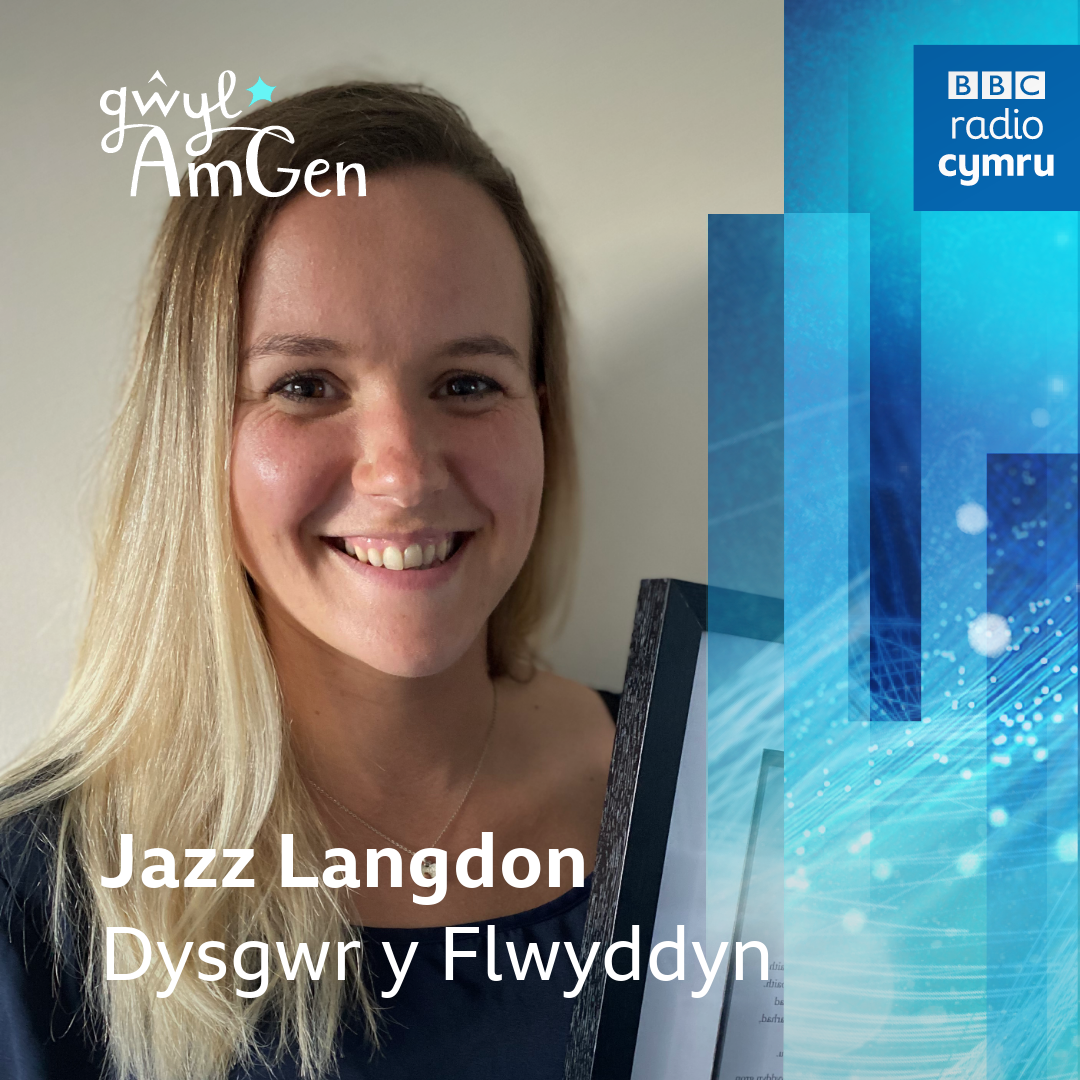 Jazz Langdon from Narberth is the winner of the AmGen Festival Welsh Learner of the Year.

The competition was run jointly by the National Eisteddfod, BBC Radio Cymru and the National Centre for Learning Welsh.

Jazz attended the Welsh in a year sabbatical course two years ago and has made phenomenal progress on her journey. She wanted to develop Welsh at her school and give children the opportunity to foster a love of the language. Jazz is now the Welsh language co-ordinator in her new post of teacher at Tavernspite School.

“The Welsh language has opened many doors in my career. In my job I'm developing the subject and helping other teachers. I'm always trying to use the language,” she said.

"It was a close competition, but Jazz came out on top because she managed to hold such a natural interview, with a very high standard of language," said Dona Lewis.

“It is also an inspiration to all learners that she has managed to master the language in such a short space of time. Congratulations to her.”

Jazz's advice to other learners is "Talk, talk, talk! Don't worry about mistakes because nobody else worries about them and use the language that you have right from the offset. Wales is very proud of its learners - it wants them to succeed and it wants to support them.

"It's such a privilege to win this competition. The other competitors were very worthy winners too and I really appreciate being chosen as the winner,” she said.

“It is great that Jazz has been given this fabulous recognition for all her hard work in learning Welsh to such a high standard,” he said.

"It is important to also congratulate all who entered the competition and to all who are learning Welsh across Pembrokeshire, Wales and globally."

Director for Education Steven Richards-Downes also offered his congratulations, saying: “We are delighted that Jazz has been recognised for her success and her use of the Welsh language. It will enrich the learning experience for learners in her school.”