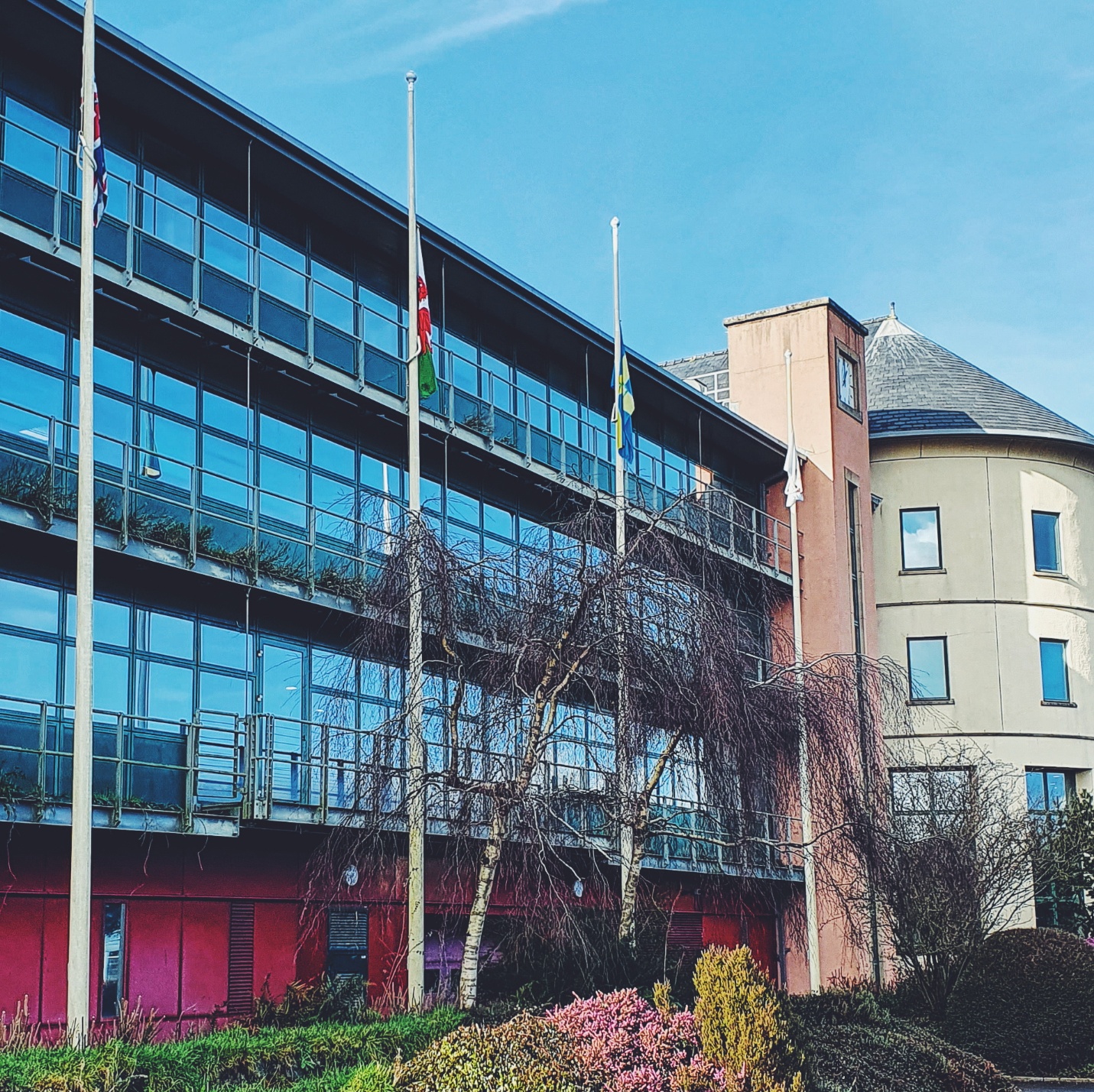 The flags at County Hall in Haverfordwest were lowered today as a mark of respect for Captain Sir Tom Moore, who sadly passed away yesterday.

The 100-year old former Army officer raised more than £32m for NHS charities last year, winning the nation’s hearts with his extraordinary fundraising efforts and becoming a much-needed symbol of hope during the pandemic.

The war veteran was inspired to give something back to the health service after receiving treatment for skin cancer and a broken hip.

The flags was lowered following a request from local County Councillor Tom Tudor, member for the Castle ward and himself a member of NHS staff.

“Captain Sir Tom Moore was an inspiration to us all during the pandemic, always urging us to remember that tomorrow will be a good day,” he said. “He saw himself as just doing his bit – but he inspired millions of us to do that too.”

Cllr David Simpson, Leader of the Council, said Captain Sir Tom Moore was a ‘true inspiration during difficult times, who showed us courage and optimism and gave us hope for better days to come'.

“Earlier today, Prime Minister Boris Johnson announced that there would be a public clap at 6pm tonight for Captain Sir Tom Moore and all those health workers for whom he raised money, and I would encourage everyone to join in where possible,” he said.