Farmer in court after cows put down 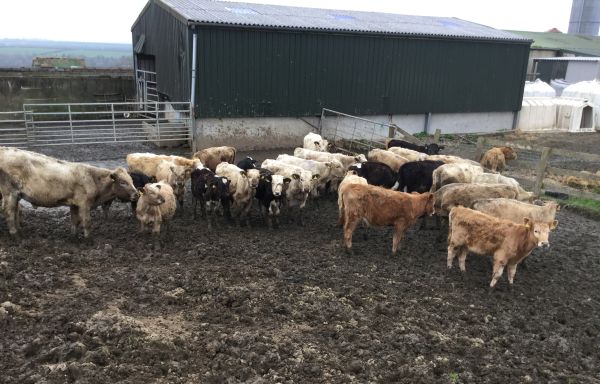 A District Judge has given a Pembrokeshire farmer a 200-hour community service order after he pleaded guilty to multiple animal welfare offences.

The court in Llanelli heard that four cows belonging to Mark Mathias of Chapel Hill Farm, Camrose, near Haverfordwest, had to be put down to prevent further suffering.

The court also disqualified Mathias from keeping, owning, participating in, or influencing the keeping of bovine animals for a period of 12 months.

The ruling follows a prosecution by Pembrokeshire County Council on Friday (3rd May).

He also admitted an animal by-product offence whereby bovine carcasses were not stored in the correct manner or disposed of correctly, posing a health risk to the herd via contamination of feedstuffs.

Guilty pleas were also entered for cattle identification offences for failure to record deaths as required, as well as failing to register cattle within the prescribed time scale.

The court heard that between 20th March and 12th July last year, 14 visits were made to the farm by animal health and welfare inspectors from the Council’s Public Protection Division. On a number of those visits they were accompanied by Animal Plant Health Agency vets.

The first visit followed a report of a calf being on its side in the farm yard  which was thought to be suffering with no bedding or care provided.

A substantial quantity of bovine carcasses were also discovered by officers on a yard near baled feed for the herd and inside a large trailer.

Other welfare concerns were noted within the herd at the time and advice and notices were issued to dispose of the carcasses correctly; to address listed welfare concerns and to improve conditions on the holding to which the herd had access.

The court was told that throughout the ensuing visits, additional notices and further advice was given to Mathias by officers and vets.

These related to conditions on the farm in which the cattle were being kept, welfare concerns, including for specific animals which required veterinary attention and for removal of animal by-products.

The court was told that  four animals had suffered unnecessarily which resulted in them being destroyed.

It was also discovered that a large number of cattle had been moved onto the site whilst an active restriction notice was in place under the Tuberculosis (Wales) Order 2010 prohibiting moves on or off site without a licence. Mathias pleaded guilty to failing to observe the terms of the notice.

As part of mitigation for Mathias, reference was made to the mental, physical and financial issues involved in the  farming business.

The Bench also ordered Mathias to pay £500 costs and a victim surcharge fee of £85.

After the case, Pat Davies, the County Council’s Cabinet Member for Regulatory Services and Housing, said the case had presented significant challenges to both Council officers and the farmer with no quick fix solutions available.

Councillor Davies explained: “While officers were mindful of the difficulties faced by the business and sought to offer advice and guidance where they could, the serious and persistent nature of certain offences meant that that the Council was duty-bound to bring the matter before the court.

“While the herd was almost entirely disposed of following the Council’s involvement, it is critical that where a business model becomes unsustainable that proactive action is taken to ensure that the welfare of animals and disease control measures are not compromised.”

On behalf of the Council she also thanked the organisations and charities that worked alongside the Authority during the proceedings to help identify and facilitate effective solutions.