Dying for a dip? 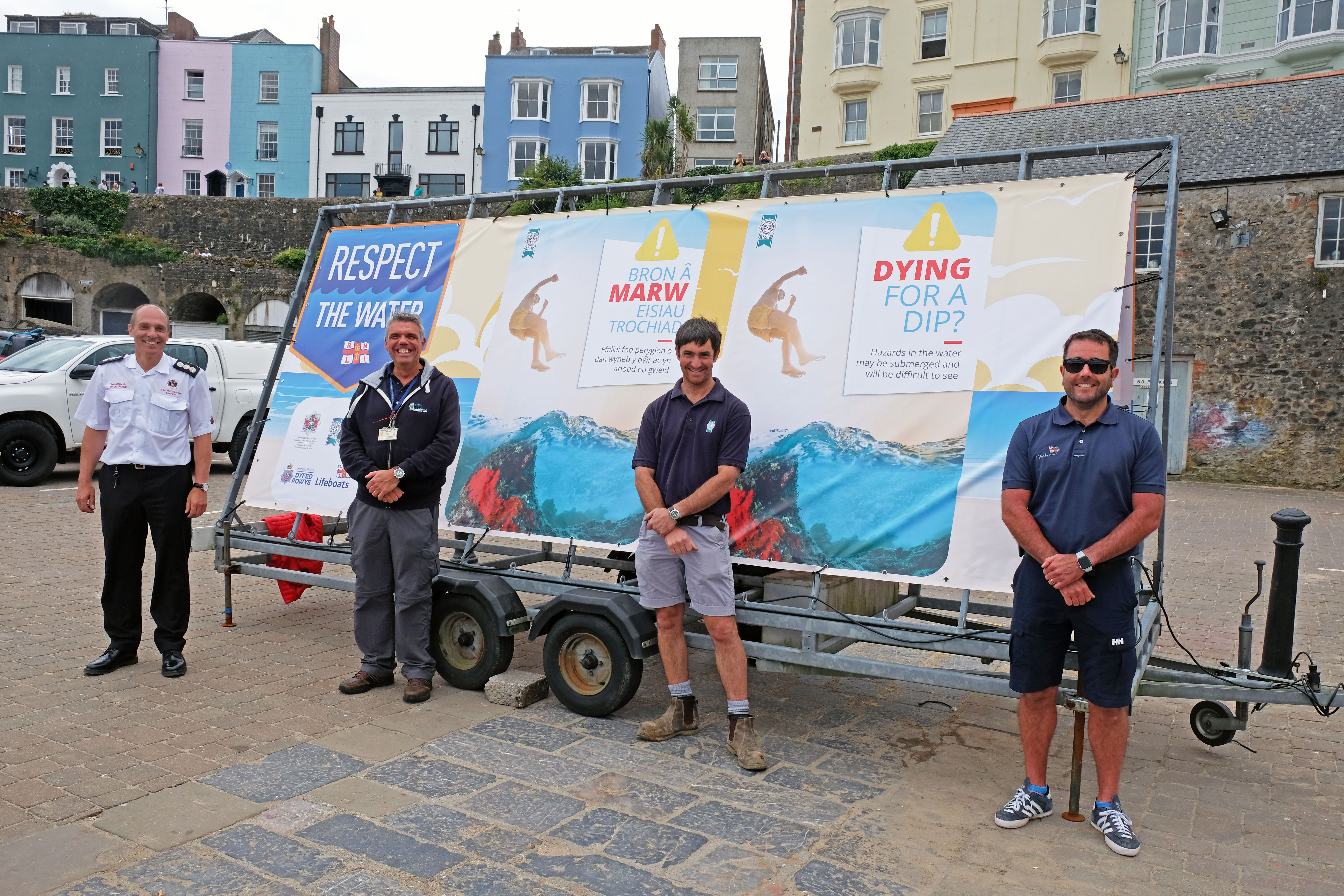 Don’t jump into the water at Tenby Harbour – that’s the message agencies are relaying this summer.

Authorities are worried that people – particularly young people – have been jumping in without thinking of the potential dangers under the water.

There is also a significant danger from vessel movements within the harbour, said Chris Salisbury, Harbourmaster at Tenby.

“We would like both young people and parents to understand how the times have changed with regards to jumping,” said Chris.

“With so many boats coming in and out of the harbour, jumping is inherently dangerous.”

A large message board has now been set up in the harbour area as a reminder that the activity is not safe.

Jeremy Trew from Mid and West Wales Fire and Rescue Service, said they are ‘very concerned’ about the situation.

“Many members of the public are ignoring the dangers of moving boats, underwater obstruction and shallow waters,” said Jeremy, station manager in the Community Safety Department.

“We hope people will think about the dangers and how they use our beaches and harbours.”

“We hope this visual representation will deter people from taking risks.

“The agencies involved are keen to support Tenby Harbour in keeping people safe and hopefully provide a clear message to all.”