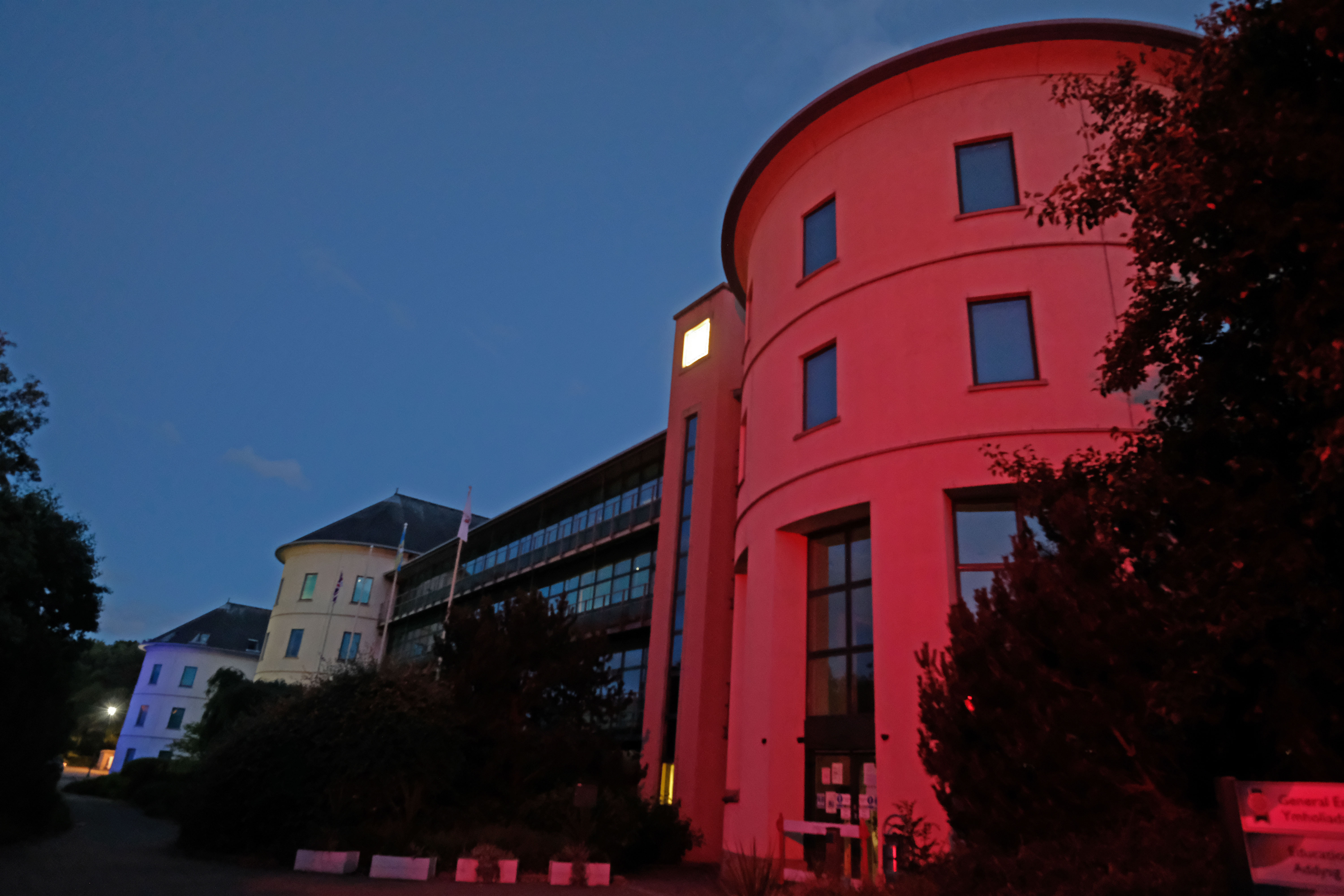 County Hall in Haverfordwest was lit in red, white and blue at the weekend to mark the culmination of Armed Forces Week.

The Armed Forces Flag had also flown outside Pembrokeshire County Council’s headquarters throughout the week.

From this coming Friday, 3rd July, and for the following two nights, the building will be illuminated again, this time in blue to celebrate the 72nd anniversary of the National Health Service and to pay tribute to its workers and social care staff.

“We owe these workers a great debt which will never be fully repaid and this gesture by the Council is richly deserved,” said the Authority’s Chairman, Dr Simon Hancock.