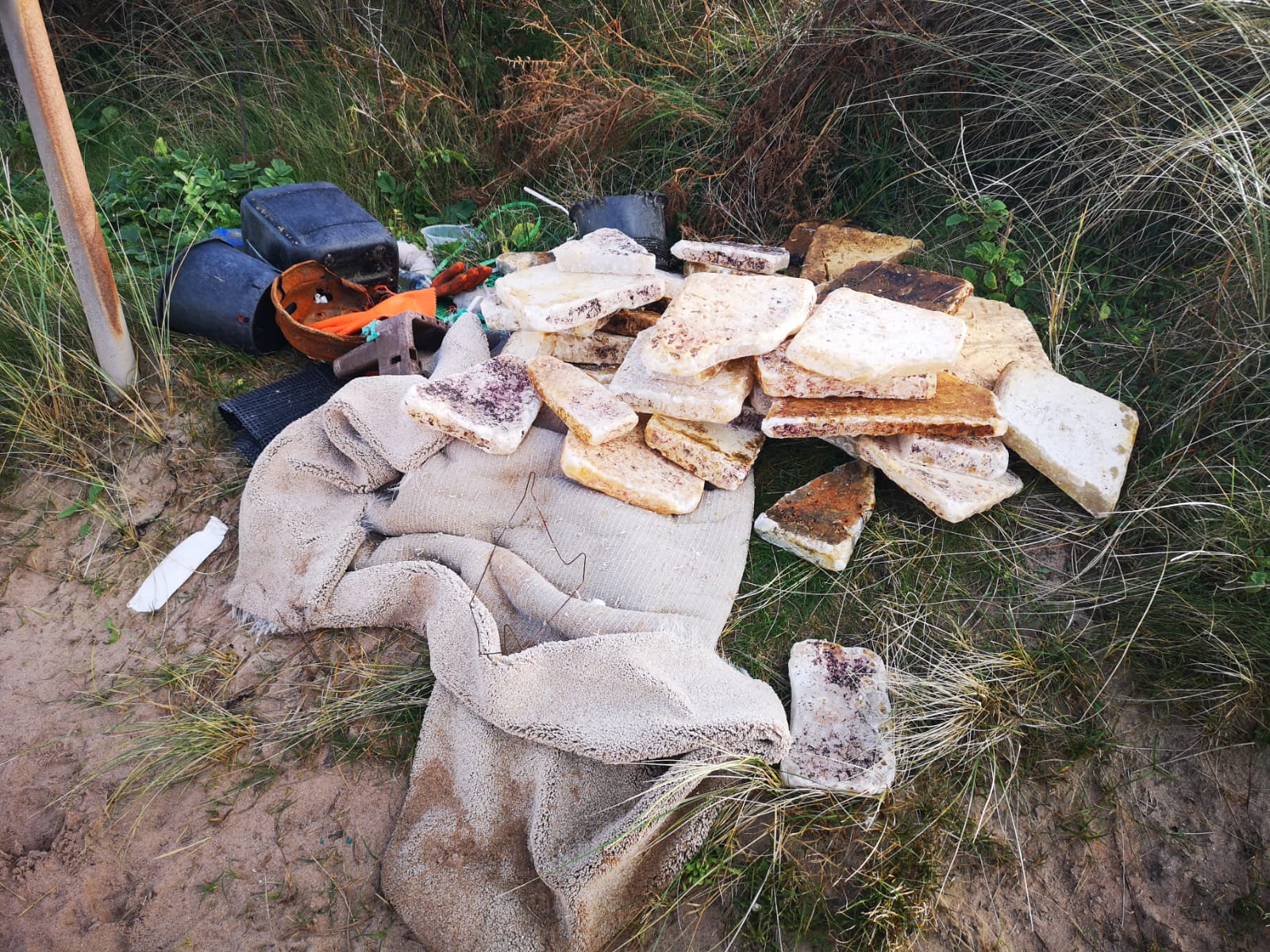 Dog owners have been warned to keep their pets on leads on the South Pembrokeshire coastline after a substance believed to be palm oil was washed up.

Deposits of the yellowish or white waxy substance have been reported on Manorbier, Tenby and Amroth beaches.

Palm oil is not harmful to humans but can be fatal for pets - particularly dogs - if ingested.

Pembrokeshire County Council was informed about the substance earlier today (Thursday, 19th November) and the coastline is being monitored.

By this afternoon, all affected beaches were reported as clear and no evidence of palm oil has been found on other beaches.

Materials picked up by volunteers have been removed for disposal.

In the meantime, dog walkers and beach users are advised to keep away from the substance.